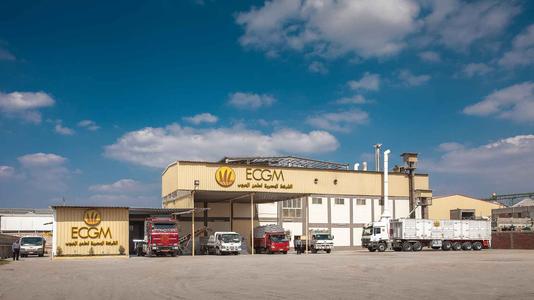 The Egyptian Company for Grain Milling production began in August 2012. The company specializes in producing 72% extraction wheat flour used for various types of products and foods such as bread, biscuits, pastries, and pasta. ECGM also produces hard wheat bran used in fodder for cattle as well as soft wheat bran used for certain types of bread and bakeries.

Starting out as a small business, the initial volume of production had begun at only 60 tons per day; after one year, production had increased to 80 tons per day, at that point ECGM had started to emerge as a potential player in the Egyptian wheat and flour market; ultimately the company started producing 100 tons per day placing itself as one of the reputable small to medium sized business players and gaining momentum in building a formidable and stable clientele. ECGM currently produces 220 tons.